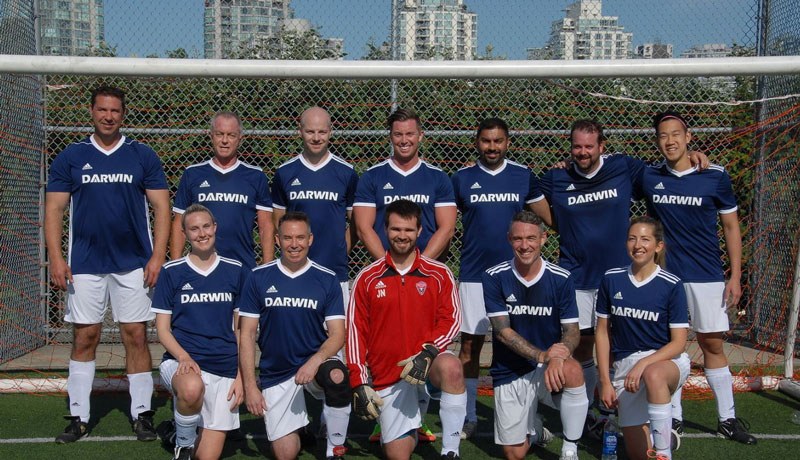 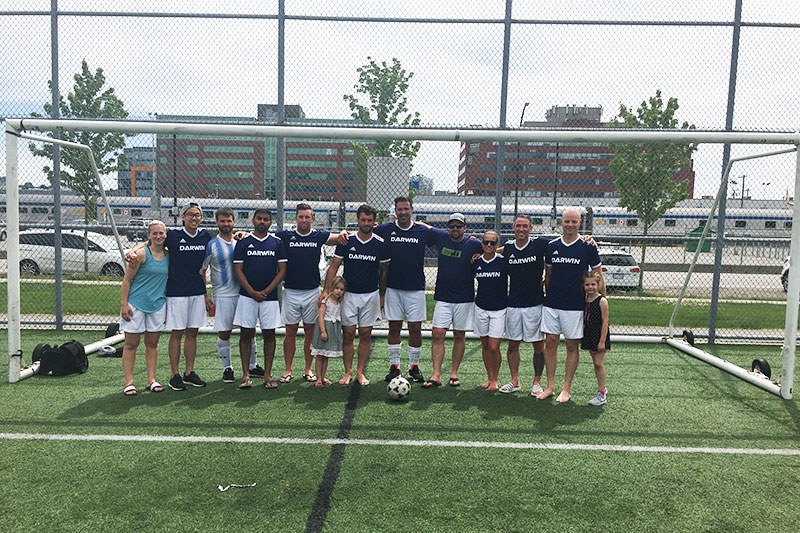 This was our second year being part of the tournament and we loved every minute of it.

This was our second year being part of the tournament and we loved every minute of it.

The games are played with seven players a side, including a goalie, and two fifteen minute halves.

With a team of twelve, Darwin played three round robin games on Sunday, May 26th, tying one against Solaris and winning two against the City of Vancouver and Visier-Alpha. This placed Darwin in first on day one and positioned them in Tier 1 for the finals on Sunday, June 2nd.

On day two of CCC’s Outdoor Soccer Tournament, Darwin started their day by competing in two hard fought games against PNI Media and Shaw, which placed them in the finals against Amazon. These two games were stressful to say the least, as each game on the final day was a single-elimination. So, to say the Darwin team was excited to make it to the finals is a bit of an understatement as many of our team members grew up playing soccer and were itching for another win. After a competitive back and forth game with incredible shots on goal by each team, Amazon ended up taking the win against Darwin with a score of 2-0.

Although we wish we had won, our team had an amazing time at the CCC’s Outdoor Soccer Tournament and can’t wait to play again next year.